Sandra and Michael and their whippets are fortunate to live in the little town of Exeter in the Southern Highlands – one of the most beautiful regions in the state of New South Wales.

After more than four decades  in Golden Retrievers we started thinking about another breed. As we weren’t getting any younger, we wanted a breed that was low maintenance and also not as big as a Golden. I mean “thinking” is the operative word here … not quite sure if we really wanted to do this … thinking was all that we did. 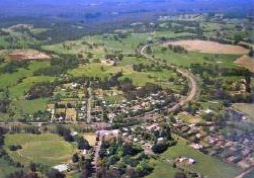 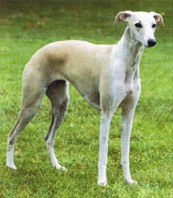 Enter Hepzibah Into Our Lives
Hepzibar lives next door. We first met her when she and her human slave, Coraline, moved in. She was our first close-up experience with the whippet breed and whilst we had been told many times that whippets were fabulous dogs, we really were not convinced. However, as time went on, we became very fond of Hepzibah. Fond enough to start thinking seriously of a whippet for ourselves, and so we started our search.
Around 2007 we were talking to Toni Comerford of Ridgesetter Kennels and casually asked if she had any puppies, which at that time, she didn’t.
I recall Toni looking at me out of the corner of her eye and saying “Whippets are infectious you know” – you never only ever have one. I smiled, not really believing – but never a truer word was spoken.

I also made a couple of other enquiries with breeders, but I didn’t hear from them. In time we were fortunate to be able to have the pick bitch from Ridgesetter Kennels. The mother was Sup Ch Ridgesetter Etain and the sire was Sup Ch Peperone New Sensation.

RidgeSetter Coco Channel then entered our lives. True to Toni’s word, one was not enough and, some 12 months on, Nabihah Peppa’s Tigra (Peppa) joined us, followed closely by Benbridge Angel of Faith at Buffalo (Thyme), all the way from New Zealand. These two quickly became champions and Thyme was Reserve Challenge at the Sydney Royal.Then in 2012, we bred our first litter of whippets – Buffalo First Edition, First Class and First Officer entered the show ring. From our first litter these three gained their championship.
First Class won the QLD Whippet Club championship Show in 2014,
First Officer is a National Class in Show winner
and First Edition, a multiple Best in Group winner, as well as placing well at Specialty Level. 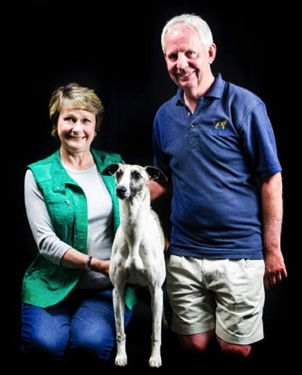 Thyme is now a Supreme Champion and Peppa a Supreme Champion.
In 2015, we bred our second litter, sired by Ch Twyborn Flam Beau (imp Sweden) out of First Class.
These youngsters did well in the show ring,
Blaze and Iffy gained their championship titles.  Sage is a BOB winner and has done well under International judges. She won her class in group at the Spring Fair.
Sage has presented us with lovely puppies who have inherited her superb temperament.
In 2019, VIENNA – Taejaan Nights in White Satin –  joined our kennel. Co-owned by Molly Rule-Steele of the famous Taejaan Kennel, and TIA – Taejaan Goody Two Choos at Buffalo. Tia is a Sage daughter.
We are honoured to have been entrusted with these whippets from Taejaan. 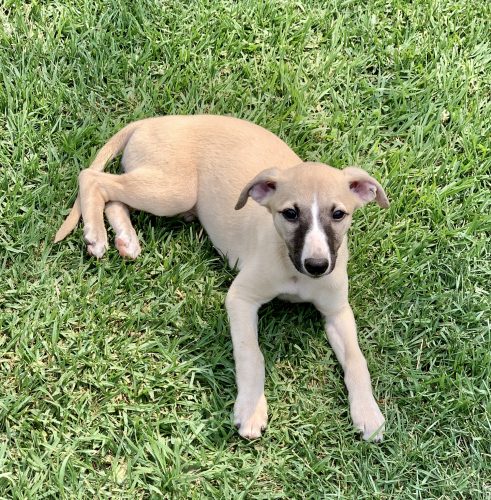 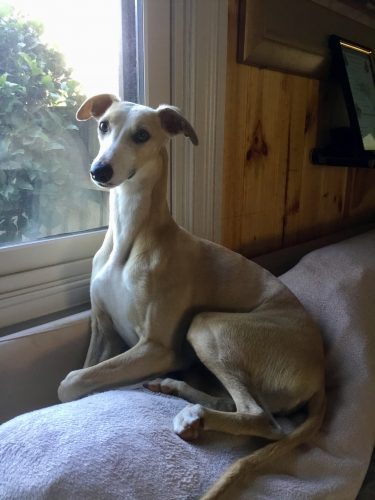